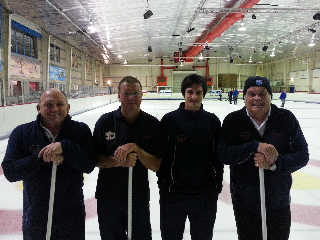 Stuart Mackenzie and his rink got the 2012-13 season underway last night when they faced Linda Hardie's Forres side in the opening round of games.

Reports from within the team suggest they were rather rusty, being 5-2 down after 5 seemed to confirm.  Stuart, reverting to a sliding delivery this year, rallied his troops in the 6th however and took a three before securing the win with a steal in the 7th and securing the points.