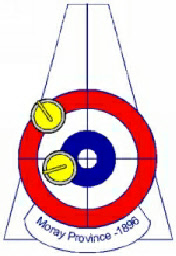 It has been a while since the last post, apologies, quite a few games have been played in that time, some good, others not so!

In Province Division 1 Gordie Kennedy and his rink have played 3 games so far with impressive wins over newly promoted Bill Jaffrey (7-5) and last season's Division 1 winner Kenny Oswald (6-2).  Gordie sat out the last game against Gav Nicol, as he was recovering from surgery.  Steve McGingle took over skipping duties with Robert Bremner coming in at second.  The game was over early, Gav playing exceptionally well and the good guys struggling from the start, score 11-2. With a 2W/1L record Team Kennedy sit 3rd in the table and  play Abby Duncan this Wednesday evening in a battle of 2nd vs 3rd, good luck guys!

In Province Division 3 Lynn Scott and her rink have played 4 games with mixed fortunes.  In the opening game of the season Team Scott peeled 7-7 with Ronald Christie, but due to a 3 shot penalty for using a division 1 sub, Lynn recorded the win (10-7).  With Charlie Watt's quick play the second game ran for nine ends! Team Scott leading 7-4 going down the 8th, before giving away a 4!!  Thankfully, with her last stone of the ninth end, Lynn played a delicate hit and stick for the peel (8-8).  The third game was keenly contested, but Team Scott dug deep to record the win against A.Grant (8-5).  The last game vs David Kilgour was a tough battle, David was firing on all cylinders, team scott was running on empty and recorded their first loss of the campaign (6-5) and only their second loss in three years.

In Province Division 5 Stuart Mackenzie and his rink have played 3 games and performed extremely well.   In their opening encounter they posted a good win against Linda Hardie (6-5) before making light work of Douglas Howie (9-4) and the wrought over C.Guald (14-6) sees Team Mackenzie proudly sitting at the top of Division 5.  Team Mackenzie take on the undefeated Moray Juniors this coming Wednesday, good luck guys!

All three Ballindalloch teams are in contention going into the second half of the season, keep up the good play :)
Posted by Buddha at 20:33