The 2012 Ballindalloch Points, as every year, was a keenly fought affair. Six club members took to the ice to compete in the 10 disciplines of points curling.

Here is a small taste of the nights action: 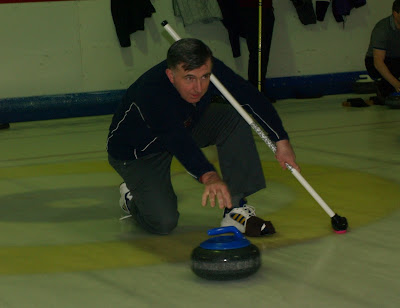 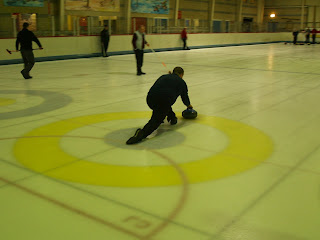 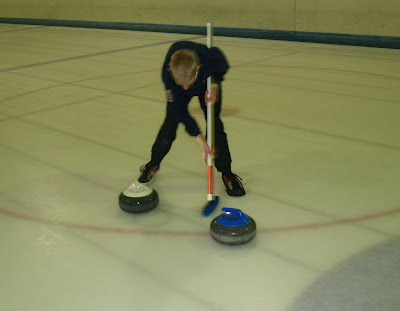 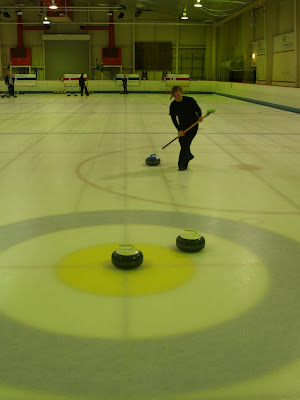 Eilidh Yeats going for an inwick. 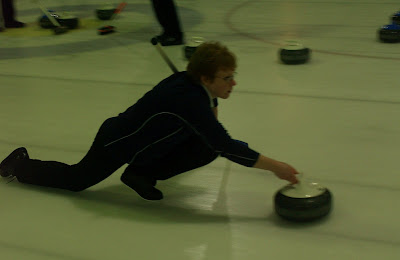 Ruth Kennedy delivering her take out 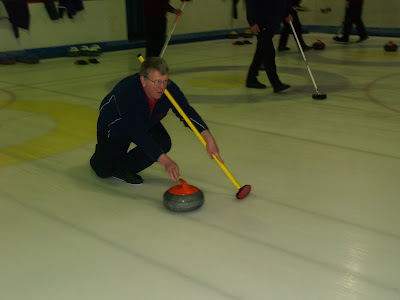 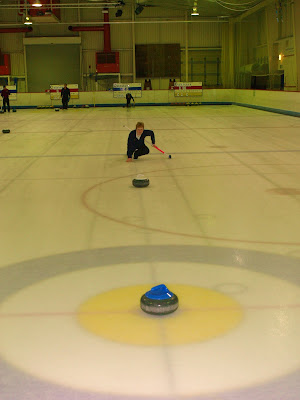 Now, down to the crutial scores! With the scoring close going into the last few disciplines it took a great performance in 'chipping the winner' and 'drawing through the port' from Ruth Kennedy to clinch the 2012 points competition on 41 points. Excellent score, well done Ruth.

Ruth and Robert now go on to represent Ballindalloch at the Moray Province points night on March 13th.