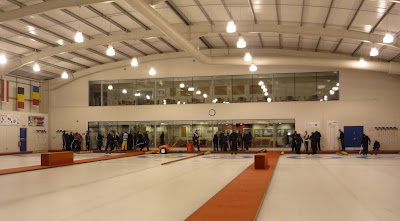 Yesterday, Saturday 10th March, Ballindalloch and Fochabers curling clubs made the trip through to Aberdeen to compete in the Millennium Bonspiel. Each club playing for their own trophies and against each other for the Grant Ice Bucket.

Here is a small selection of photos from the day 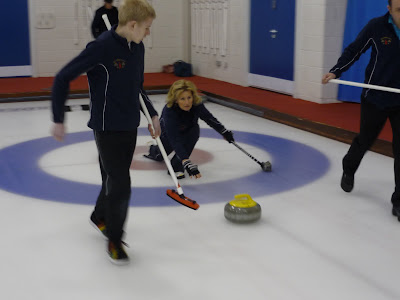 Gill Garrow delivering with Callum and Alan ready to sweep. 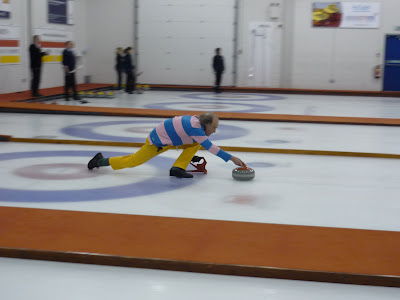 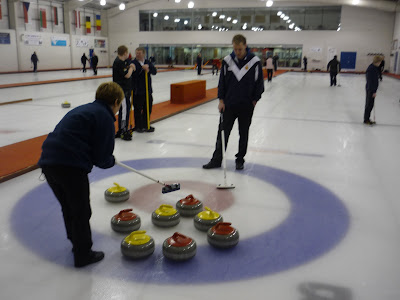 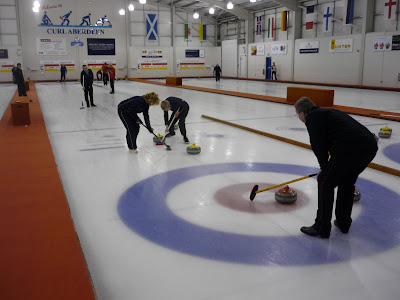 Callum and Gill Sweeping Alan's Draw attempt, with Willie in the head. 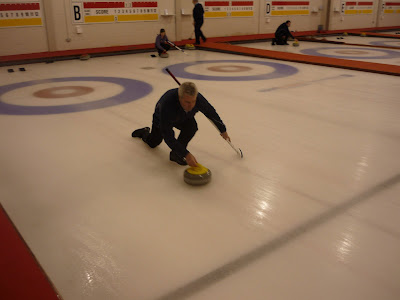 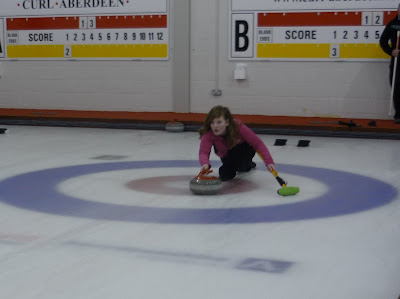 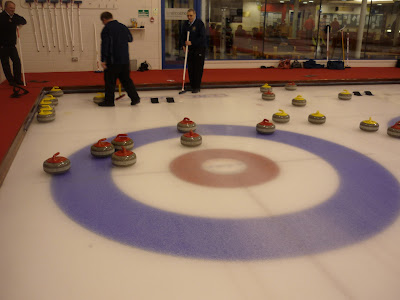 Lynn Scott and her team were the 'comeback masters' of the day, being 4 - 2 down in the last end of their 3rd game, they scored a 7! In the last game they were 5-1 down and scored a 5 for the win. 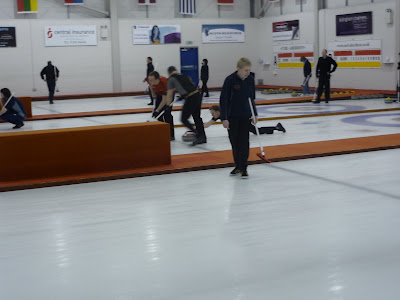 Can anyone spot the none Ballindalloch/Fochabers Members on the ice? Hint: Scottish Champions! 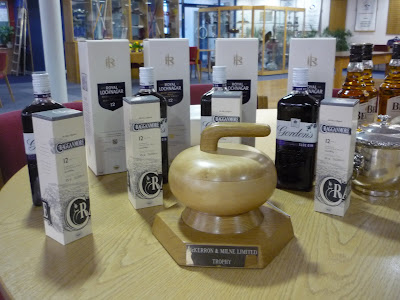 The McKerron and Milne Trophy and prizes, courtesy of our sponsor, Brian Yeats. Thanks must go to Brian for his continued sponsorship of the event.

Now for the result. In a high scoring day, where they didn't drop a game the winners of the 2012 Millennium Bonspiel were Willie Jamieson and his rink of Alan Mcintyre, Gill Garrow and Callum Jacklin. 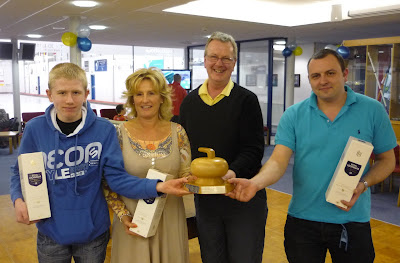 The victorious team with the trophy. 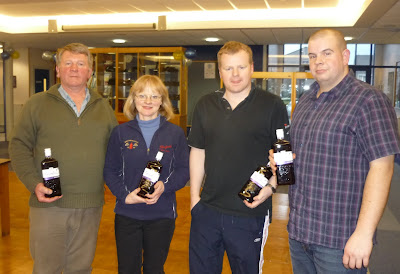 Runners-up were Lynn Scott and her team of Robert Bremner, Tony Duncan and Brian Marr. 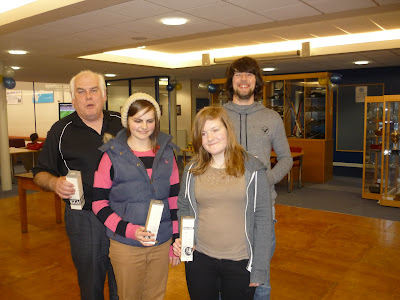 Eilidh Yeats with Stuart Mackenzie, Kyle Mackenzie and Alison wood were third on the day. 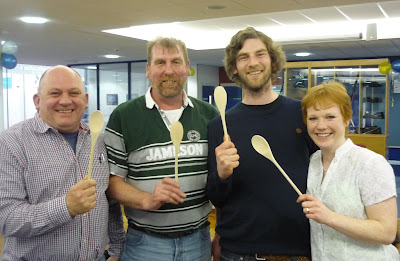 Ryan Mackenzie and his team of Mark Jacklin, Davie Irvine and Ruth Kennedy.

Ballindalloch regained the Grant Ice Bucket from Fochabers who won last seasons event, Well done to everyone who took part, it was another successful day.
Posted by Buddha at 21:21